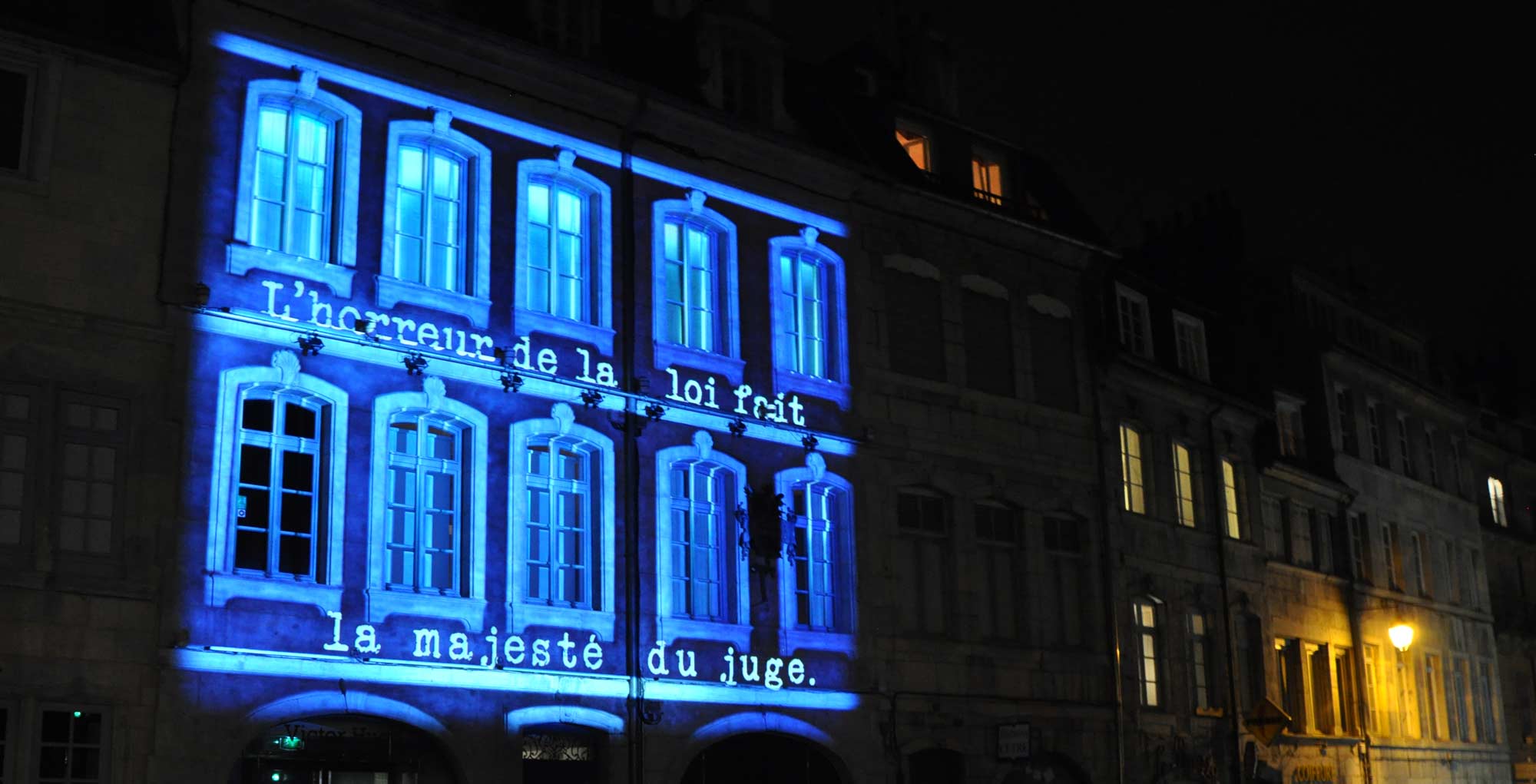 The city of Besançon chose PROIETTA to  promote the Victor Hugo Museum opening through the videomapping.
The historic birthplace facades  has been mapped and enriched with light and animated effects that have told about the character of Victor Hugo to the public for three consecutive nights. The videomapping and the audio editing have been entirely designed by the PROIETTA staff who has also involved in the installation and operation of the event on site.
Two image projectors PROIETTA Monster 2500, ideal for long-distance projections, have projected from more than 500 m of distance the communication of the event.

The realisation of the video mapping required PROIETTA EXP protective enclosure for the outdoor use of the video projector.