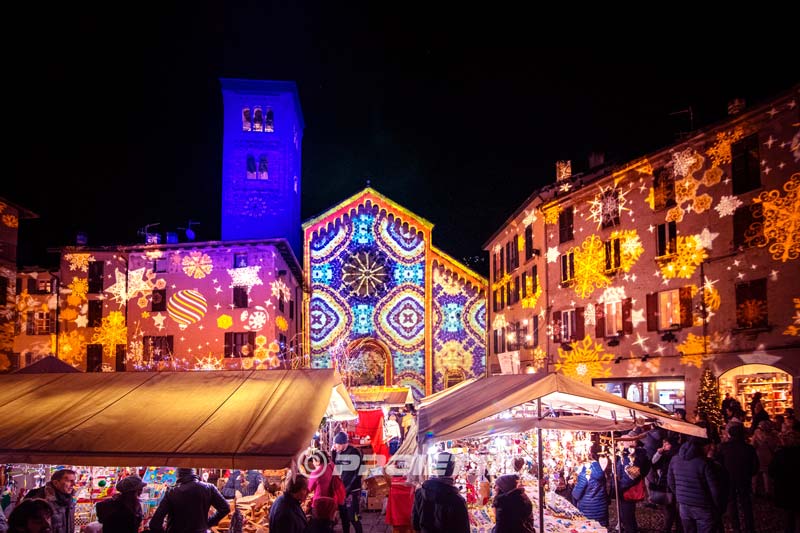 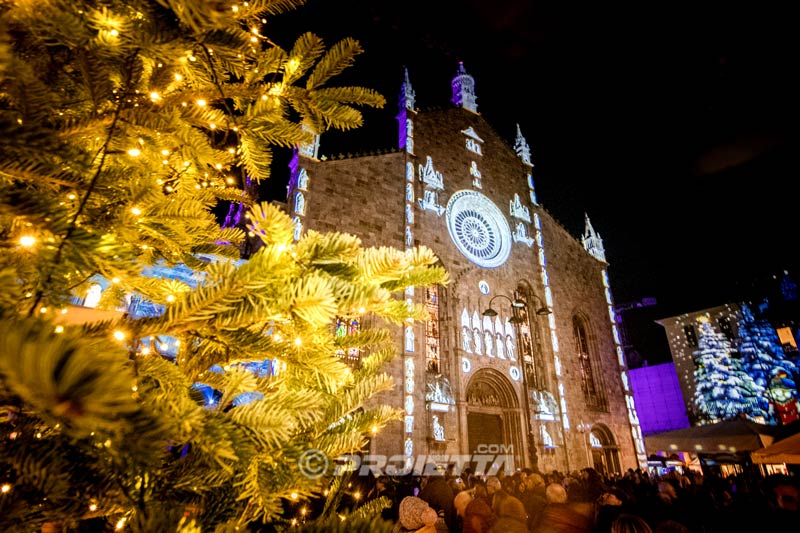 The city of Como has always been full of entertainment for visitors during the summer, spring and autumn, but despite the infrastructure for tourists and the local community always involved, winter was the season in which it was recorded a significant decline in tourist numbers.

How was it possible to attract tourists even in the winter months?
According to some reports, 2.300.000 visitors were registered during the Christmas period!

Placing a minimum cost per head of € 15 (for consumption, logistics, gifts, etc.) the figure is mind-boggling: about 35 million euros!

Proietta for nine years now, has been realizing all the Christmas-themed projections for Como “Città dei balocchi” – Magic Light Festival.

The city was painted with a Christmas-themed graphic that gives life to colorful dynamics that aim to enhance the most important historical monuments.

Over the years the event has grown, proposing continuous innovations such as the “Talking Broletto”, a palace made with mapped video projections, which tells its story: many inhabitants and tourists of Como armed with mobile phones to film, share and make viral the magic of Christmas in Como.

Year after year, Como has recorded an increase in tourist activity in the winter months and commercial activities in continuous economic growth with the “sold out” always around the corner.

The weeks that were silent and without tourism have become the most alive of the year, with buses and organized tours refused due to the overcrowded streets during the nights of the event.

How do we prepare an event of this magnitude?

Surely it is necessary to start in time, from the spring months to design new scenographies and video mapping that are of strong impact.

What do we use to make the atmosphere so attractive?

70 between gobos and dynamic effects realized in Proietta 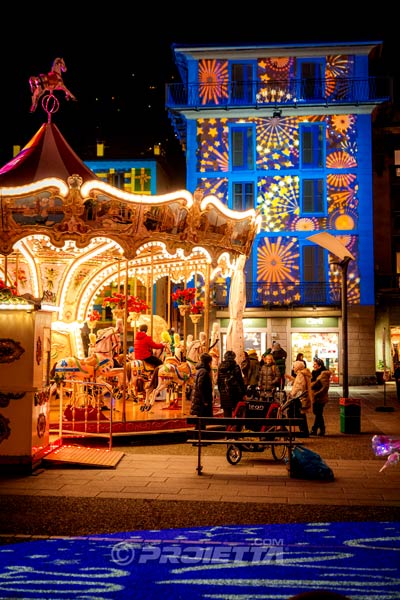 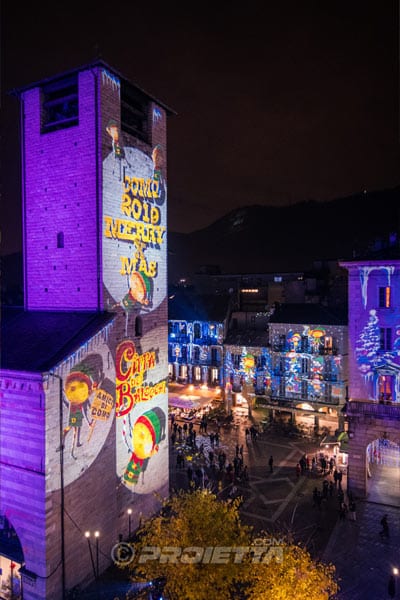 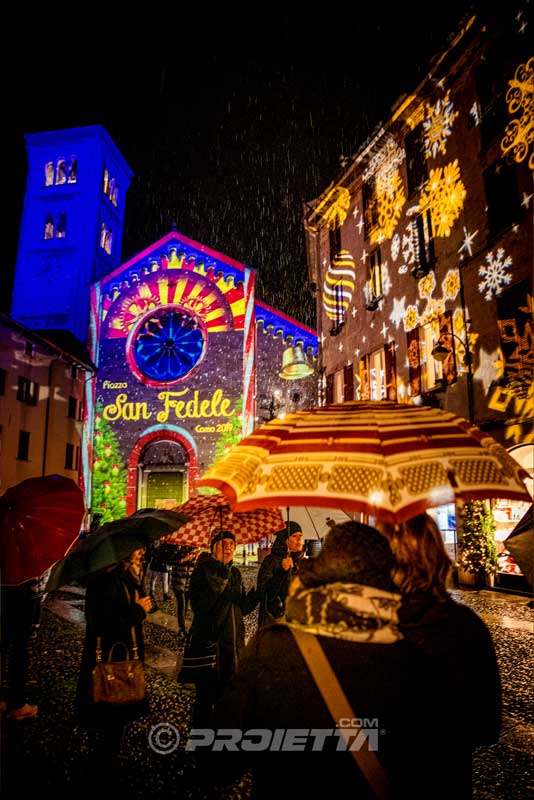